Travis Scott is facing a two billion dollar lawsuit on behalf of the victims of the Astroworld tragedy. The lawsuit was filed by the family members of the victims who died in the tragic event. It is unknown what Travis plans to do with regards to this lawsuit.

Travis Scott is facing a lawsuit for over $2 billion from the victims of the Astroworld tragedy. The amount asked in damages will be an astronomical figure even by Hollywood standards, but with his current net worth at around 8 million dollars what would he be willing to do? 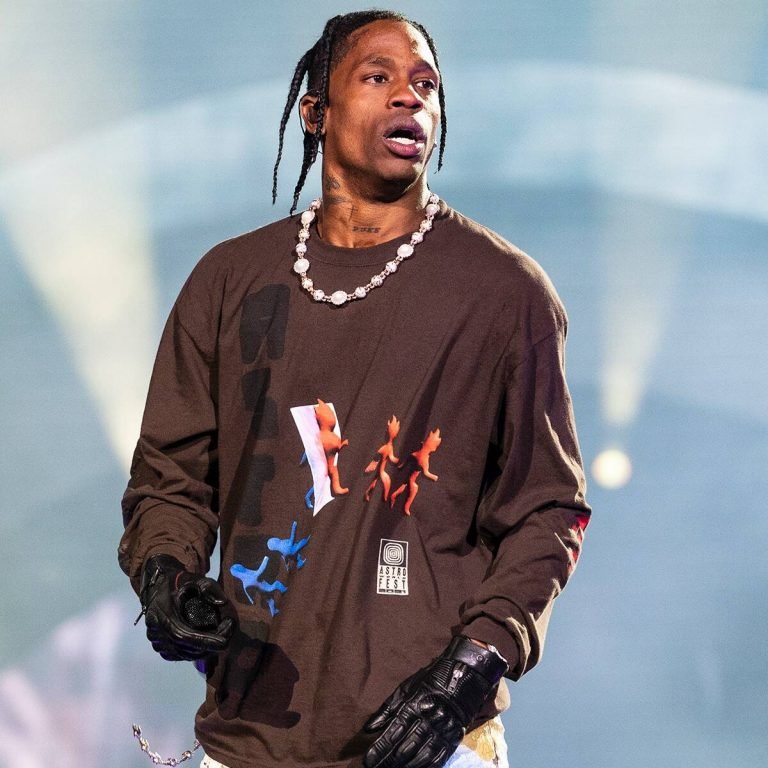 ‘The legal nightmare confronting #TravisScott in the aftermath of the disaster at his #Astroworld event, which has now claimed the lives of ten people, has just become a lot worse—as he (along with others) has just been slammed with a new lawsuit worth billions,’ according to The Shade Room. Following the tragic event at Astroworld, Travis Scott, Drake, Live Nation, NRG Stadium, Apple Music, and others are facing a $2 billion lawsuit, according to new court records.’

RELATED: Childish Gambino, Kendrick Lamar, and Drake reportedly declined to perform at the Grammys this year.

‘As reported by @NYPost, San Antonio, Texas attorney Thomas Henry has legally filed a multibillion-dollar lawsuit ($2 billion to be precise) on behalf of the 282 victims of the deadly Astroworld music festival—and Travis Scott is at the core of it…’ He isn’t, however, alone. The complaint also names Drake, Live Nation, NRG Stadium, Apple Music, and a number of other companies.’

‘The defendants stood to earn an enormous amount of money off this event, yet they still opted to cut shortcuts, reduce expenses, and put spectators at danger,’ Henry said of the complaint filing. My clients want the defendants to be held accountable for their acts, and they want to send a message to other artists, event organizers, and promoters that what occurred at Astroworld will not be repeated.’

More than that, Henry discussed the slew of injuries his clients have sustained as justification for bringing the complaint against Travis Scott and others.

‘They’ve had heart attacks, cardiac problems, brain injuries, spine injuries, broken bones, broken legs, eye injuries, internal organ damage, bruises, and bleeding, to name a few. Those who were hurt are still scarred by having to walk over dead corpses.’

‘Why so much of the burden on him tho SMH,’ someone said, while another added, ‘Kris go do what she do and that’s going to turn into $100 million haha.’

‘Y’all still don’t realize that Travis isn’t being sued personally, and they’ll probably settle for a lot less,’ one fan added. Those attempting to milk it, though, should be careful. Not Travis, but the people in the audience.’

‘If I were him, I wouldn’t ever play live again,’ someone person added. You can almost see me.’

It was recently reported that the catastrophic events at Astroworld are still making news. Drake is now the center of attention after releasing a new song off French Montana’s album. Take a look at the most recent reports listed below.

‘Families and loved ones are still suffering with the horrible events that occurred at #TravisScott’s Astroworld Fest, and it seems that #Drake is feeling the same way,’ according to TSR.

‘According to @TMZ tv, Drake’s new feature on #FrenchMontana’s forthcoming album will not be reaching streaming platforms in the aftermath of the Astroworld tragedy,’ TSR said.

Travis Scott faces a two billion dollar lawsuit on behalf of the victims of the Astroworld tragedy. The lawsuit alleges that Travis Scott and his team knew about the dangerous conditions at the concert, but did not warn anyone. Reference: astroworld.